The Man Behind the Legacy

A member of Arizona’s Constitutional Convention, General Tuthill was a unique individual with two separate and distinct careers. In civilian life, he was a distinguished and innovative surgeon credited with pioneering the use of foreign material in bone surgery. In the early 1900s, while chief surgeon for the Detroit Mining Company Hospital in Morenci Arizona, Dr. Tuthill used silver plates and screws crafted by an Indian silversmith to secure the bones of a badly fractured leg. He later used a similar silver plate to close a large opening in a patient’s skull. This is believed to be the first recorded use of metal plates in a surgical procedure. 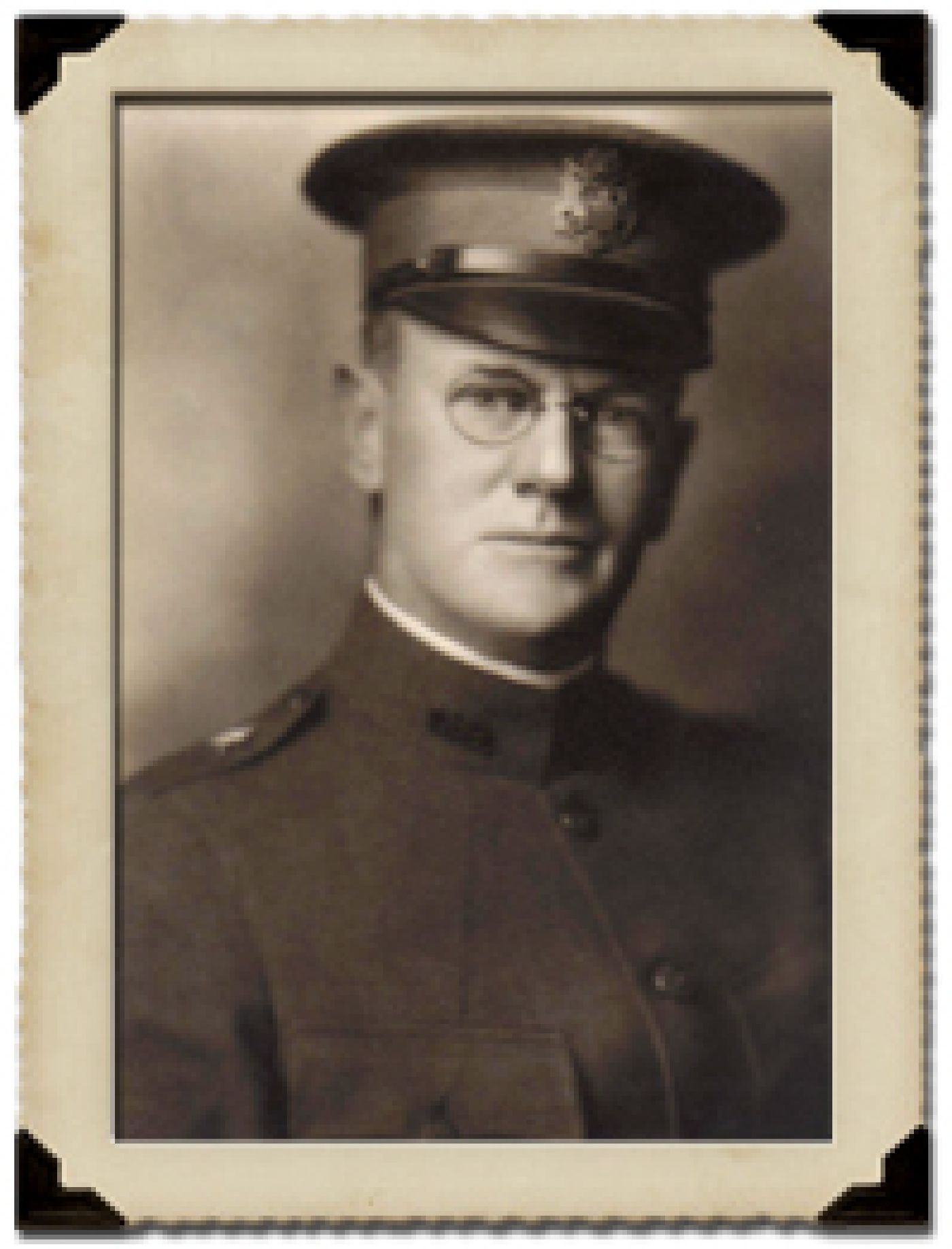 General Tuthill’s military career began when he enlisted in a cavalry troop of the California National Guard. He served with the unit while attending medical school at the University of Southern California, and was honorably discharged prior to accepting a position as surgeon at the Detroit Mining Company Hospital. His Arizona military career began in 1903 when he organized and commanded, as a Captain, the 2nd Cavalry Troop. On August 5th, 1910 he was promoted to Colonel commanding the 1st Arizona Infantry. Called into federal service on May 9, 1916, the regiment joined other U.S. Troops under command of General John J. Pershing protecting Arizona Border towns against raids by the Mexican Revolutionary Pancho Villa.

On August 2nd, 1917, the 1st Arizona Infantry was designated as the 158th Infantry regiment. On August 5, 1917, Colonel Tuthill was promoted to Brigadier General commanding the 79th Infantry Brigade 40th Division. He commanded the 79th while training at Camp Kearney, California and also while in France as part of the American Expeditionary Forces. Prior to the Division's departure for the United States, he also served as acting Division Commander of the 40th Division. General Tuthill was one of the youngest Brigade commanders in WW I, and one of the very few National Guard officers selected for promotion to Brigadier General. It is important to note that although a physician in civil life, he was never a military doctor. General Tuthill and General Leonard Wood were the only two general officers commanding troops in WW I who were also physicians.

In 1928 after a nine-year absence from military affairs, he received War Department appointment as Brigadier General commanding the 89th Infantry Brigade 45th Division. Selected in 1933 for promotion to Major General he commanded the 45th Infantry Division, retiring from that command September 23rd, 1935 at the mandatory retirement age of 64. The General’s military career, however, was not ended. In 1936, he was named as Adjutant General of the Arizona National Guard, serving in that capacity until 1952. He also served as State Director of Selective Service from 1946 to 1952, and State Director of Civil Defense 1942-45 and 1950-51. On August 16, 1951, a retirement parade and ceremony was held at Fort Huachuca, Arizona honoring the General and his many contributions to the state and nation. During this ceremony, he was promoted to Lt General National Guard of Arizona Retired List. The General, often referred to as "The Father of the Arizona National Guard", passed away on May 25, 1958.

General Order # 1 of the State Military Department issued in connection with his death reads in part, “With decisive leadership, and high military standards, he laid the foundation for the policies under which troops of the National Guard of Arizona trained in peacetime and rendered distinguished service in WW 1, WW 11, and the Korean Conflict. His unswerving adherence to sound principal and high standards, devotion to duty and untiring efforts won him the love and admiration of his associates and an enviable reputation in the military profession.”

The General’s decorations and awards included the 1st Arizona Medal of Honor ever awarded and the United States Medal for Merit awarded by President Harry S. Truman.

Did you know? While serving in a California National Guard Calvary Troop Corporal Tuthill's horse, spooked by a saddle burr, broke up the Governor's reviewing party during a regimental parade.